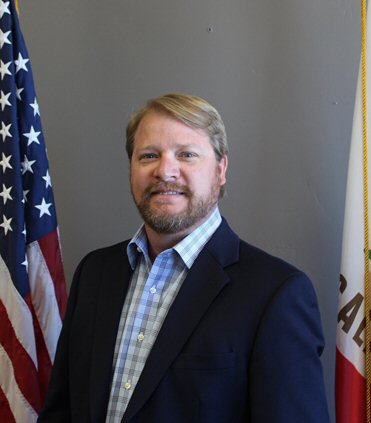 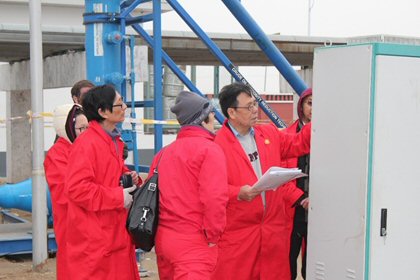 Dr. Rongjia Tao, chair of the Department of Physics at Temple University, conducting viscosity reduction testing of an AOT prototype installed on a commercial pipeline located in PetroChina’s oilfields near Chaoyanggouzhen, China.

Viscosity reduction is a critical factor for improving the performance of pipeline transportation systems because internal fluid friction creates the majority of friction loss which requires higher levels of pressure generated by the pumping station. By lowering the viscosity of crude oil, AOT provides pipeline operators with potentially increased flow volume, a reduced occurrence of bottlenecks and chokepoints, and lower energy consumption at pipeline pump stations.

Developed in partnership with Temple University and entirely designed and manufactured in the United States, AOT is the energy industry's only solid-state system using electrical fields to reduce the viscosity of crude oil, enabling a wide spectrum of grades to flow more efficiently and economically through pipelines. Modifications of AOT undertaken in mid-2015 in collaboration with a leading vertically integrated oil and gas company has resulted in performance gains in both the efficacy of the hardware and overall efficiency of electric field generation, further enhancing the value of the technology to a global pipeline industry currently seeking strategies to mitigate margin compression while managing fixed operating costs.

Crude oil samples submitted to Temple University's College of Science and Engineering in Philadelphia, Penn. under a material transfer agreement (MTA) or non-disclosure agreement (NDA) are subjected to a controlled electrical field to suspend the naturally occurring impurities in unrefined oil, which re-creates the effect achieved by AOT. Over the past four years QS Energy has underwritten the testing of dozens of 3- to 5-gallon quantities of crude oil from most of the primary oil production regions of the world under the supervision of Dr. Rongjia Tao, the chair of the Department of Physics at Temple University and a leading researcher in the development of technologies based on the use of electro-rheological principles.

"Our laboratory tests have consistently demonstrated that AOT can significantly reduce the viscosity of crude oil, results which we have replicated on closed loop and high volume commercial deployments," commented Dr. Tao. "We have invited and continue to invite interested energy companies to provide crude oil typical of their output for analysis and testing to determine the efficacy of AOT within their operations."

Included in the complimentary testing protocol are a series of assessments which include a room temperature baseline and a variety of chemical composition and impurity content studies based on the specifications requested by the engineers providing the sample. Once a determination is made of the viscosity reduction level possible through the use of the AOT technology, further data is collected in an AOT On Site Questionnaire provided by the prospective customer and reviewed on a strictly confidential, non-disclosure basis.

Following completion of the lab study and subsequent formal viscosity reduction white paper report compiled by Dr. Tao, QS Energy engineers and technicians perform a hydraulic analysis using proprietary software to accurately predict maximum flow rates, probable pump station energy savings, and possible increased toll rate revenues, all based on length, diameter and other specific characteristics of the target pipeline. The resulting AOT Preliminary Case Study Analysis, typically delivered within 30 days of the submission of the crude oil sample, provides a detailed proposal showing the pipeline system efficiencies and economic benefits which can be expected from the deployment of a customized AOT installation.

Recently, QS Energy has tested crude oil samples for operators in North America and overseas, the outcomes of which have been forwarded as AOT deployment proposals to these transportation customers. According to QS Energy officials, many of the AOT installation opportunities are structured as joint development agreements that could potentially lead to revenue generating installations. Two of AOT's previous inaugural commercial installations were negotiated under revenue-producing Equipment Lease-Option to Purchase Agreements, a procedure that Mr. Bigger says best suits the procurement and budgeting practices of the industry.

"AOT has been proven effective for optimizing the performance of virtually any pipeline, regardless of length, diameter, flow rating, or volume of heavy to mid-rated crude oils carried, as shown by years of laboratory testing and pipeline deployments monitored by independent researchers at the U.S. Department of Energy, ATS RheoSystems, and PetroChina," Mr. Bigger stated. "Although the commercialization of AOT was commenced when spot prices were at an historic high of $120 per barrel and record levels of upstream production far outstripped the capacity of pipelines to move crude oil from wellhead to refinery, industry interest in the technology continues to grow in the face of downward price pressure and supply surplus which is evidenced by our ongoing collaboration with the engineering teams of over a dozen leading oil producers and transporters."

Since Temple University's active involvement as a research and development partner of QS Energy began in 2007, both organizations have overseen installations of AOT technology on a 500,000 bpd (barrels per day) commercial pipeline, a 100,000 bpd condensate line, a closed-loop line at the Department of Energy's Rocky Mountain Oilfield Testing Center (RMOTC), and on a PetroChina pipeline facility in the Daqing oil fields. Independent testing organizations which include the Department of Energy and ATS RheoSystems, a testing company specializing in the effects of electrical fields on commercial fluids, have documented the efficacy of AOT in their reports included in numerous QS Energy S.E.C. filings (DOE AOT Project Test Results, ATS RheoSystems AOT Study Summary Report)

According to data compiled by the Association of Oil Pipelines, the cost to transport crude oil or petroleum products by pipeline is roughly $3.00 to $4.50 per barrel, not including additional expenses associated with the use of diluents (thinners), drag reducing agents (DRAs), chemicals to suppress turbulence, and costly bulk heat to improve flow in pipeline infrastructure. Pipeline operators transport the majority of the world's crude oil output via 400,000 miles of crude oil pipelines globally. Here in the U.S., according to the Energy Information Administration (EIA) approximately 90 percent of the domestic daily production of 9.2 million barrels per day is moved through approximately 160,000 miles of crude pipelines.

Furthermore, additives such as diluents and DRAs add as much as 15 to 30 percent of the volume of feedstock, effectively reducing pipeline capacity by the same ratio. As Mr. Bigger stated in his most recent Q&A session with RedChip: "By reducing the amount of diluent and DRA on a per-barrel basis the AOT viscosity reduction system can improve operating margins while reducing operating costs."

With diluents accounting for upwards of $13 per barrel of additional cost for heavy bitumen, reducing the amount of additives used to transport heavy crude oil provides an easily defined net savings in operating expense. Dr. Rongjia Tao believes AOT offers the potential of both reducing pipeline operating pressure and contributing to the flow assurance benefits of the additives and adds that AOT has proven to be particularly effective with heavy crude oil with a high paraffin value or highly asphaltic nature.

"When fully optimized, the AOT system has the potential to improve the efficiency of virtually any pipeline system, providing the opportunity for pipeline operators to drive more revenue based on applicable toll rates due to higher flow rates," said Mr. Bigger. "Given today's low commodity price in both the oil and gas vertical, some are now 70% off their highs."

Both QS Energy and Dr. Tao say they expect to see continued interest in the Pipeline Optimization analysis program from pipeline operators regardless of the price of oil. In January Temple University hosted executives from a large crude oil transportation firm at the Philadelphia campus to view viscosity reduction testing which has led to a proposed joint development agreement for a customized AOT installation in 2016.

According to Dr. Tao, the current low spot price environment has also resulted in renewed interest in the technology from earlier testing partners. Extensive evaluation of AOT on an active commercial pipeline in the Daqing Oilfield in 2012 was documented in an official China Petroleum Pipeline Administration (CPP) PetroChina (CNPC) Pipeline R&D Center Report which cited AOT's efficacy in successfully demonstrating "a breakthrough in crude oil viscosity reduction."

Within weeks of the spot price of crude oil hitting a new low of $30 per barrel last month, QS Energy's partner in China, Heng He Xing Ye Technology Development Corporation (TDC) re-established contact with Temple University after installing and testing variable frequency drive (VFD) systems in the Daqing oil field. Representatives at TDC then informed both QS Energy and Temple University that they are proposing an AOT system for consideration for deployment within the Daqing infrastructure.

Developed in partnership with scientists at Temple University in Philadelphia, AOT (Applied Oil Technology) is the energy industry's first crude oil pipeline flow improvement solution using an electrical charge to coalesce microscopic particles native to unrefined oil, thereby reducing viscosity. Over the past four years AOT has been rigorously prepared for commercial use with the collaboration of over 30 engineering teams at 19 independent oil production and transportation entities interested in harnessing its proven efficacy to increase pipeline performance and flow, drive up committed and uncommitted toll rates for pipeline operators, and reduce pipeline operating costs. Although AOT originally attracted the attention of pipeline operators interested in improving their takeaway capacity during an historic surge in upstream output resulting from enhanced oil recovery techniques, the technology now represents the premiere solution for improving the profit margins of producers and transporters during today's economically challenging period of low spot prices and supply surplus.