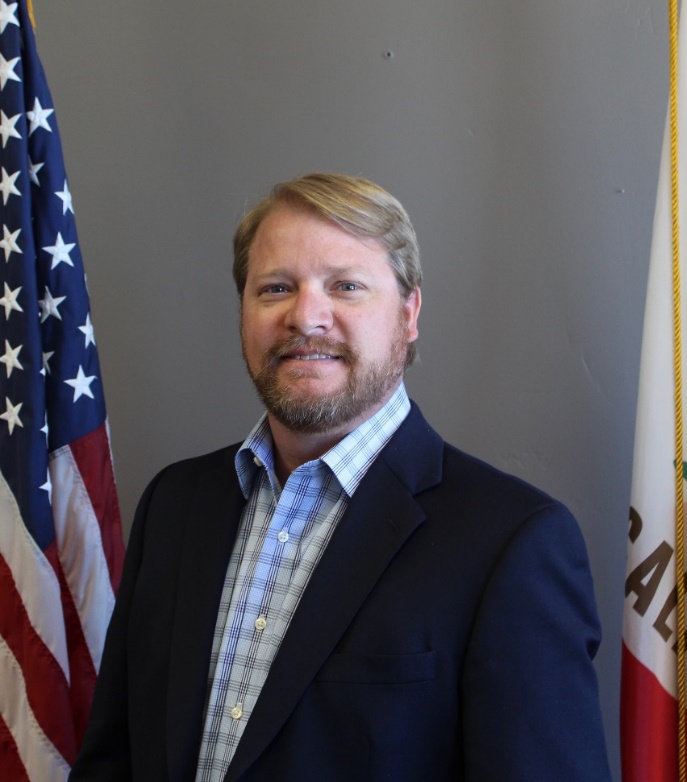 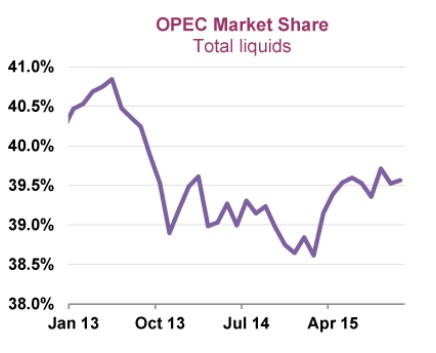 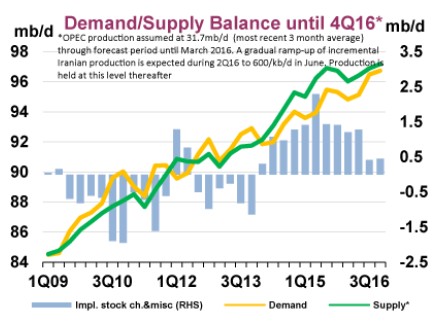 "It's important for the public and the domestic energy industry to focus on the core reason for the downturn in oil prices which has lasted from the summer of 2014 until the present day," Mr. Bigger stated. "In 2009, a surge in crude oil production from the U.S. ran up against weaker global demand following the Great Recession, triggering a downward pricing curve, and effectively putting U.S. shale production in the position of influencing the global crude oil spot price. The resulting revenue shortfall for petro states such as OPEC members Saudi Arabia, Venezuela, Qatar, United Arab Emirates, Iran, Libya, and Kuwait, caught OPEC leadership off guard, and they've been driving prices down in a misguided effort to protect their market share ever since."

To counter falling crude oil prices, the global energy sector has been aggressively cutting away at operating overhead and striving to keep costs in line with drastically revised revenue projections. As the CEO of QS Energy, Mr. Bigger says he has seen firsthand the potential economic benefits of optimizing the performance of the world's pipeline infrastructure. Crude oil pipelines carry close to 90 percent of oil transported in the U.S., with roughly 60,000 miles crisscrossing the nation.

Based in California with supply chain partners in Casper, Wyoming, QS Energy is the developer of AOT™ (Applied Oil Technology), an industrial hardware system designed to improve the performance of crude oil pipelines through viscosity reduction. Mr. Bigger believes that improving the economics of transporting oil represents the best hope to combat the price-setting control being exerted by OPEC.

"In a down cycle such as this, obviously the key is to trim costs, remain solvent and survive until prices inevitably return to normalized levels," he commented. "Many of today's operators can squeeze out further efficiencies in operations, especially in the transport of crude oil. Our analysis of pipeline infrastructures here in North America, Europe, the Middle East, Africa, and other oil producing regions typically shows we can increase capacity by 1 to 3 or 4 percent. Higher flow volume translates into increased daily tariff revenue for the pipeline operator, often by $1,500,000 per month or up to three times that amount, depending on volume transported. Furthermore, by reducing energy consumption at pump stations, and improving energy efficiency by 2 to 10 percent, we can effect Opex savings by tens of thousands to hundreds of thousands of dollars monthly."

In cooperation with Temple University, QS Energy provides crude oil composition analysis and viscosity reduction testing to help energy companies determine the upside they could realize from improving the performance of their pipeline infrastructure. Over the past four years QS Energy has tested dozens of 3- to 5-gallon quantities of crude oil from most of the primary oil production regions of the world.

"Once these tests results are subjected to hydraulic analysis, we can provide insight into the degree that AOT can reduce the viscosity of their crude oil, and in turn build a return on investment case for our customer," Mr. Bigger stated. "When fully optimized, the AOT system has the potential to improve the efficiency of virtually any pipeline system, providing the opportunity for pipeline operators to reduce operating costs and drive more revenue based on applicable toll rates due to higher flow rates. Here in North America AOT is being evaluated by leading pipeline operators and a recently value engineered AOT system is being prepped for testing later this month on a primary condensate line serving the Eagle Ford Shale."

Mr. Bigger added that AOT has been greeted with as much interest by oil producers and transporters overseas as by entities active in North American. Using test data supplied by Temple University, QS Energy's foreign market distributors, Energy Tech Group in Nairobi, Kenya, and Norrønt AS in Oslo, Norway, are quantifying the potential for fixed operating cost reductions and Opex savings to prospective customers with AOT Preliminary Case Study reports which provide specific recommendations for streamlining operations and increasing pipeline flow.

"We are currently engaged in non-disclosure level discussions with large oil producers and nationalized energy entities in Eastern Europe and West Africa, and are negotiating an AOT deployment in one of the world's largest oil producing regions in the Middle East, as a result of the efforts of the Energy Tech Group," Mr. Bigger said. "Our Scandinavian partner Norrønt is exploring the undersea applications of the AOT system in conjunction with Statoil ASA under a pending technology grant from the Norwegian Research Council, providing us with an opportunity to penetrate a major new segment of the energy industry."

"We're also seeing renewed interest in China through our distributor Heng He Xing Ye Technology Development Corporation (TDC) and the China Petroleum Pipeline Administration (CPP) as mentioned in our news release of February 17th," Mr. Bigger continued. "Following the installation and testing of variable frequency drive (VFD) systems on pumping stations in the Daqing oil field where we previously successfully tested our AOT equipment, they have informed both QS Energy and Temple University that they are inquiring about the effectiveness of an AOT system within the Daqing infrastructure."

Global crude oil prices have been depressed for over a year-and-a-half, having tumbled more than 60 percent from a high of $120 a barrel. This trend was accelerated in mid-2014 when, despite strong downward pressure on oil markets, OPEC surprised many analysts by increasing production. Even in the face of plummeting prices, Abdalla Salem El-Badri, OPEC secretary-general, announced they would not cut production at a November 2014 meeting. Within weeks, oil fell further, hitting under $50 a barrel in January 2015. This week, West Texas Intermediate (WT) crude oil, a leading price indicator, was trading at just under $35.00 per barrel.

Although OPEC members claim that driving prices ever lower will result in a re-balance of the global oil markets by bringing supply in line with demand, most analysts believe their true goal is to ensure as many competitors as possible are forced offline through bankruptcy.

Addressing assembled U.S. oil producers at last week's conference in Houston, Mr. El-Badri, OPEC secretary-general, bluntly stated his position by commenting: "Shale oil in the United States, I don't know how we are going to live together."

Less than a decade ago, many energy industry pundits agreed with the sentiment that U.S. oil and gas production was becoming tapped out and in irrevocable decline. 'Peak oil' had arrived, they said, and the world's dependence on Middle East oil would continue unabated indefinitely. Then 'enhanced oil recovery' technologies changed all that by enabling U.S. producers to unlock previously unrecoverable 'tight' oil and gas from shale formations in North Dakota, Texas, Utah, Pennsylvania and dozens of other hotspots, contributing 5 million additional barrels of oil per day to the market.

"The incredible rebound by the U.S. energy industry with the shale revolution, made possible by harnessing new production technologies, added 5 million barrels of oil per day to the market, driving domestic output to levels not seen since the 1970s," Mr. Bigger commented. "No one expected U.S. shale producers to supply roughly 5 percent of the world's 95.6 million barrels of daily oil production, least of all OPEC. Saudi Arabia has enjoyed its status as a market maker for over 40 years by virtue of its 10 million barrels of daily oil production, and the actions of OPEC make it clear that their intention is to bring the U.S. energy industry to its knees, something that doesn't have to happen nor will happen."

Mr. Bigger stressed that even the combined crude oil output by OPEC's members is not a potent enough market force to control, or even cap global prices.

"The market influence of domestic shale producers cannot be put back into the bottle, by OPEC or anyone else," he stated. "The dual forces of enhanced oil recovery technology and available capital to underwrite the continued development of the massive shale formation reserves will be the final arbiter of where crude oil prices settle in the near future and long term."

He pointed out that the International Energy Agency (IEA), an autonomous global energy policy organization based in Paris, believes U.S. shale production will function as a pricing regulator on the market once oil returns to the $60 per barrel level. The bulk of U.S. shale output originates in the Bakken in North Dakota, the Eagle Ford in South Texas and the Permian Basin in West Texas and eastern New Mexico, accounting at times for over 9 million barrels at peak production. Once prices return to levels that allow profitability, the IEA expects U.S. drilling activity to be restored.

In an 'Oil Medium Term Market Report' issued February 22nd, 2016, the IEA stated that "in 2016, we are living in perhaps the first truly free oil market we have seen since the pioneering days of the industry. In today's oil world, anybody who can produce oil sells as much as possible for whatever price can be achieved. Just a few years ago such a free-for-all would have been unimaginable…"

"The price [of oil] will be capped by U.S. shale; this is new," commented Fatih Birol, executive director of the IEA.

Safe Harbor Statement: Some of the statements in this release may constitute forward-looking statements under federal securities laws.

About AOT™ (Applied Oil Technology)
Developed in partnership with scientists at Temple University in Philadelphia, AOT (Applied Oil Technology) is the energy industry's first crude oil pipeline flow improvement solution using an electrical charge to coalesce microscopic particles native to unrefined oil, thereby reducing viscosity. Over the past four years AOT has been rigorously prepared for commercial use with the collaboration of over 30 engineering teams at 19 independent oil production and transportation entities interested in harnessing its proven efficacy to increase pipeline performance and flow, drive up committed and uncommitted toll rates for pipeline operators, and reduce pipeline operating costs. Although AOT originally attracted the attention of pipeline operators interested in improving their takeaway capacity during an historic surge in upstream output resulting from enhanced oil recovery techniques, the technology now represents the premiere solution for improving the profit margins of producers and transporters during today's economically challenging period of low spot prices and supply surplus.

More information is available at: www.QSEnergy.com.